The art work submitted to the competition should be inspired by François 1er. King François 1er of France, after whom the neighborhood is named, was a patron of the arts, who initiated the French Renaissance by attracting many Italian artists to work on the Château de Chambord, including Leonardo da Vinci, who brought the Mona Lisa with him. François 1er also encouraged French exploration of the New World, and promoted the standardization of the French language. 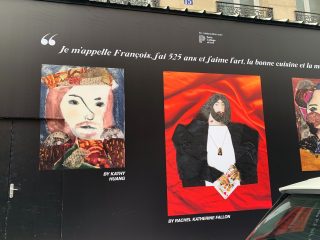