In this blog Juliette Vuillaume fills us in on what it’s like to study in a new location, and how it has helped her with her studies in Fashion Design, as well as the important life lessons she is learning along the way!  If you are interested to find out more about opportunities to study abroad please email: studyabroad@paris.edu

Hej! (Hello in Danish)
During Global Week we had a photo project to discover Nørrebro, which is where KEA is located.My group and I had to take 5 pictures of different themes. Our first theme was ‘city life’. We took a picture on one of the main streets of Nørrebro. We wanted to represent the different ways people get around the city.  Most people get around the city by bike, then walking, and then by car. (see picture above)

In Copenhagen the tax on cars is very high, and I believe it is to discourage people to use cars and instead use the metro system and the bus system here, which is very well developed here. The metro and the bus system are open 24 hours, and the system to enter the metro is a very trusting system.  You have to remember to check your card before you enter, and if you don’t have a card you have to hope you are lucky…

Here is a little story about my bus / metro experience…

I was on my way to the airport to go to Paris to see my family in France, at 6 in the morning. I went onto the bus and asked the driver about getting a ticket to go to the airport, he gave me a ticket, and I checked with him that this ticket would take me to the airport, he said yes so I took my seat. I got off and then I went on to the metro. When I was only a couple of stops away from the airport an inspector came on and checked the tickets. He told me, to my surprise, that I was missing a zone. This was the first I knew that Copenhagen had different zones. As I was standing there waiting for the outcome, I learned that in Denmark people do not joke around about the rules… the fine was 750 DKK, or 100 Euros. The minute he said that to me I just started crying and tried to explain what had happened, and that I am a student and I didn’t have that kind of money… but, as he explained, it is his job and it was a learning experience. He did tell me, however, that I could send a complaint and try to get out of paying. Once I was in Paris, I sent a complaint… I will keep you in the loop of what happens with my ticket as the blog progresses…

The second picture we took was a self portrait of us. We took this picture in the Red Square in Nørrebro which is called Superkilen. It was very nice because everyone from the group was from different places around the world, and we got to know each other and become really good friends. 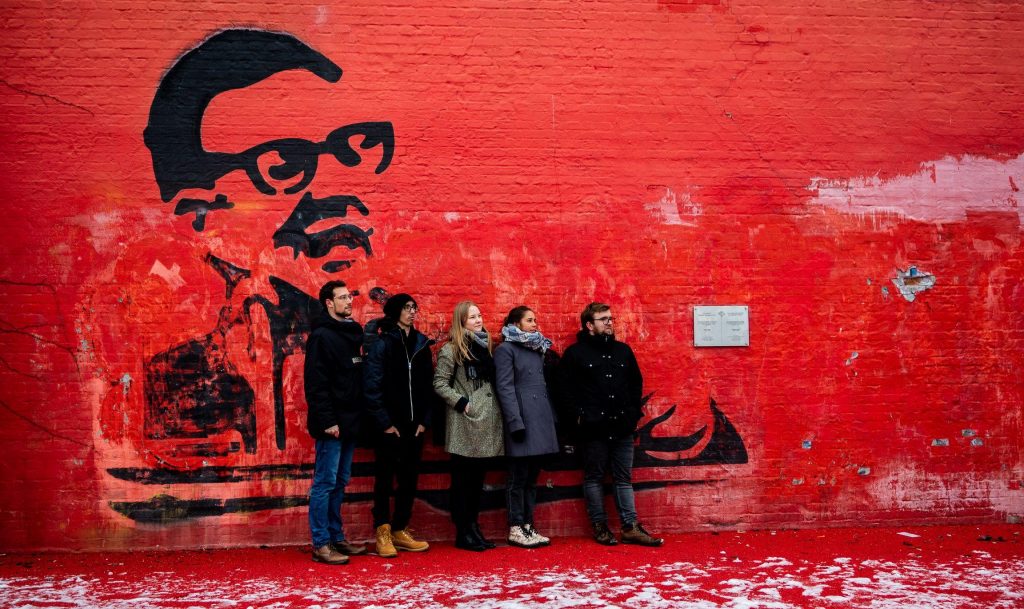 The third picture we took was supposed to be called “Danishness”.  This was based on what I described in my last blog – how parents leave their children  outside in their strollers while they go into shops. 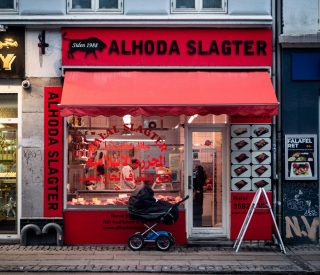 The fourth picture is “Coziness”. Here in Denmark there is a culture of “hygge”: “ In essence, hygge means creating a warm atmosphere and enjoying the good things in life with good people. The warm glow of candlelight is hygge. Cosying up with a loved one for a movie – that’s hygge, too. And there’s nothing more hygge than sitting around with friends and family, discussing the big and small things in life.”(Taken from: https://www.visitdenmark.co.uk/en-gb/denmark-hygge). We also chose to keep the color red as our theme, to represent the Danish flag which is red and white.

The fifth picture we took was “Colors”. Again in Nørrebro there is a lot of street art, and this was also in the Superkilen square, where almost everything is painted red – red bricks, red signs, etc. 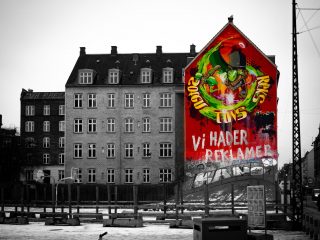 The sixth picture was “Old vs New”.  For this photo we used a picture of the old train / metro in the area and we took them side by side in the same place. Something that I learned about the Danish culture is that they follow the traffic lights very strictly, you can only walk when it is green and stop when it is red, even if there are no cars. In order to get the same perspective of the picture we had to stand in the middle of the crosswalk, there were no cars near us, but many Danish people came up to us and asked us to come back to the sidewalk.

During this global week I learned a lot about Nørrebro, where I live and go to school. I got to meet and get to know people from around the world, and experience the culture here in Denmark.

Until next time, Farvel!