Every semester, PCA invites a group of experts from different creative/technological fields to share their knowledge and experiences with the PCA community. These talks are designed to foster knowledge, sharing and casual conversation with experts, researchers, and artists. PCA Talks are open to all!

Yasmine Abbas is a French architect. She earned a DPLG from Paris-Val de Marne in 1997 and holds a Master of Science in Architecture Studies from the Massachusetts Institute of Technology(SMArchS 2001) as well as a Doctor of Design from Harvard University Graduate School of Design(DDes 2006). Hybrid and neo-nomad, Abbas has lived, studied and worked in Morocco, France, the United States, Denmark and the UAE, in the fields of art and architecture, business ethnography and sustainability. This experience led her to develop a deep understanding of design research and innovation. She is the author of the book Le néo-nomadisme: Mobilités. Partage. Transformations identitaires et urbaines (FYP, 2011). Yasmine Abbas is a strategic design consultant and Professeur Associé at the Ecole Spéciale d’Architecture in Paris. 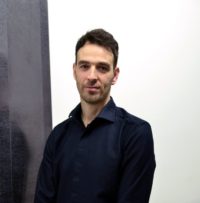 After living in France for 9 years, Diogo Pimentão moved to London in 2012 where he has lived since. Pimentão is particularly interested in drawing as a genre that he activates through performative gestures and abstract protocols. Therefore, he does not view himself as a draughtsman in the classical meaning of the term. Rather he develops experiments of inscription, layering and surface more than he draws, using iconic materials like graphite, graphite deposit, adhesive tape and paper. Even though his works are often monochromatic, the surface of the paper or of the wall becomes a delicate, albeit metallic, texture. The artist thus allows the drawing techniques to go beyond its traditional confines and expand in multiple shapes, often tri-dimensional and sculptural. Drawing, his studio practice notwithstanding, is thus used on a real scale, to probe, explore and alter the exhibition space. The process at the heart of his creation abolishes the boundary between drawing, sculpture and performance. 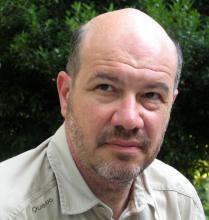 Jean Kempf is a professor of American Studies at the University Lumière-Lyon. He has written extensively on American photography and on American cultural history.